On Thursday April 12, I’ll be joining many others, both men and women, in celebrating International Women’s Day at Flavours of Malaysia in downtown Pittsfield. The event, which was postponed from the traditional date of March 8 due to a snow storm, is a benefit for the Elizabeth Freeman Center, the front line and major safety net in Berkshire County for all persons affected by domestic and sexual violence.

While it would have been good to hold the hold the celebration on March 8, it’s totally appropriate and fitting that it’s been rescheduled during the month of April, which is Sexual Assault Awareness Month. The theme of SAAM this year, according to the National Sexual Violence Resource Center, is “Embrace Your Voice.” Certainly during this past year and more, we have seen many women raising their voices, and embracing those voices, through such things as the Women’s March, and the #MeToo and Time’s Up movements.

There is progress being made, but there is so very much more that needs to be done to raise awareness and bring about concrete change in society around issues of domestic violence and sexual assault, as well as economic issues such as gender equity in the workplace. It’s important that we men recognize the issues and also raise our voices: as long as domestic violence and sexual assault continue to be seen as exclusively “women’s issues” little will change. While men and boys are sometimes victimized as well, although not at the same rate as girls and women, the fact is that most perpetrators are men, and there needs to be a change to the culture and to our views of “masculinity.”

Please join us on April 12 at Flavours at 5 for a cash bar social hour, followed by a great buffet dinner prepared by our hosts Sabrina and Chin. Tickets are available at Flavours, Steven Valenti’s and Dottie’s, and on line at Elizabethfreemancenter.org.

The writer is a member of the Board of Directors and treasurer of the Elizabeth Freeman Center.

Looking for more ways to get involved?  Click on the image below for all the latest news: 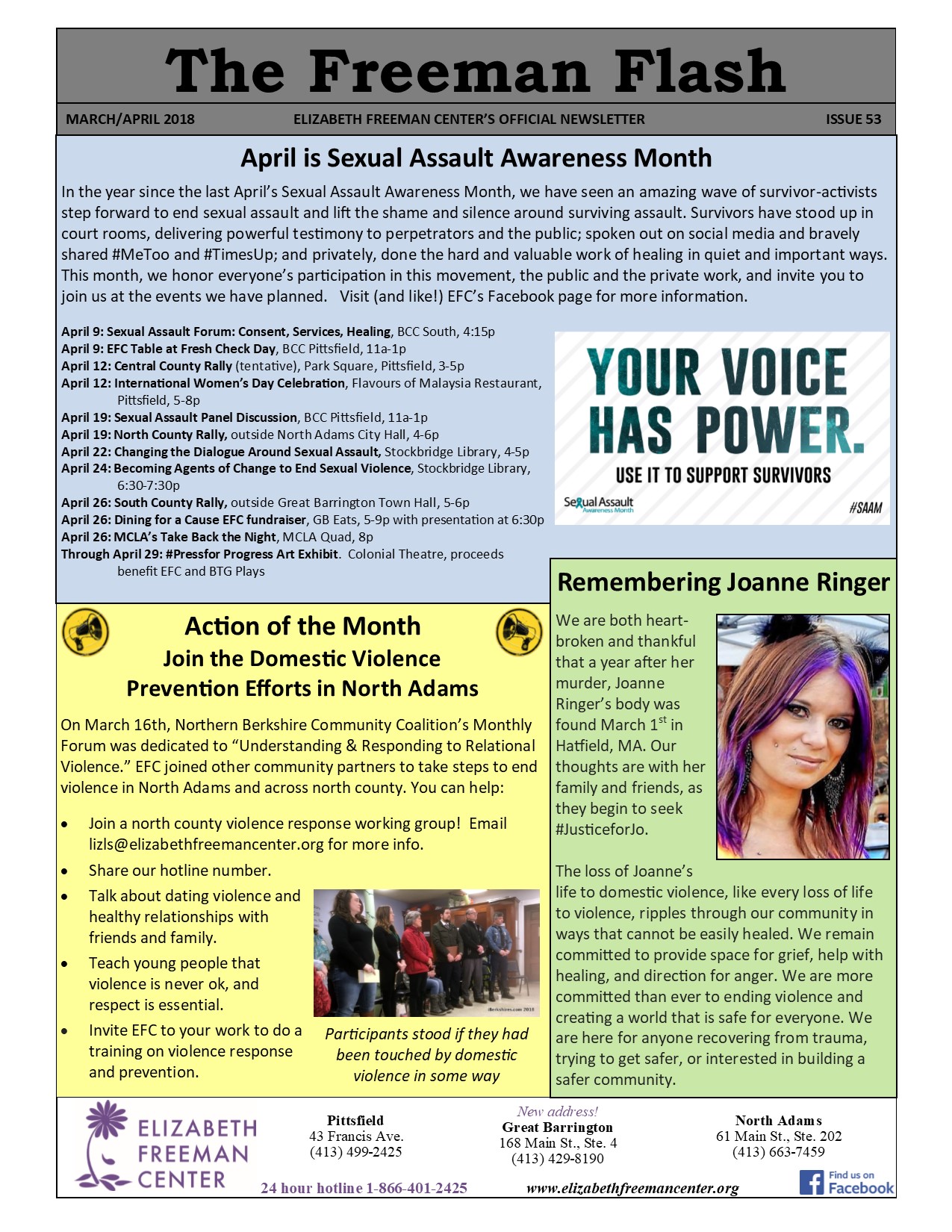 Hi, friends.  A lot has happened since we last wrote.  Click on the image below to learn about: 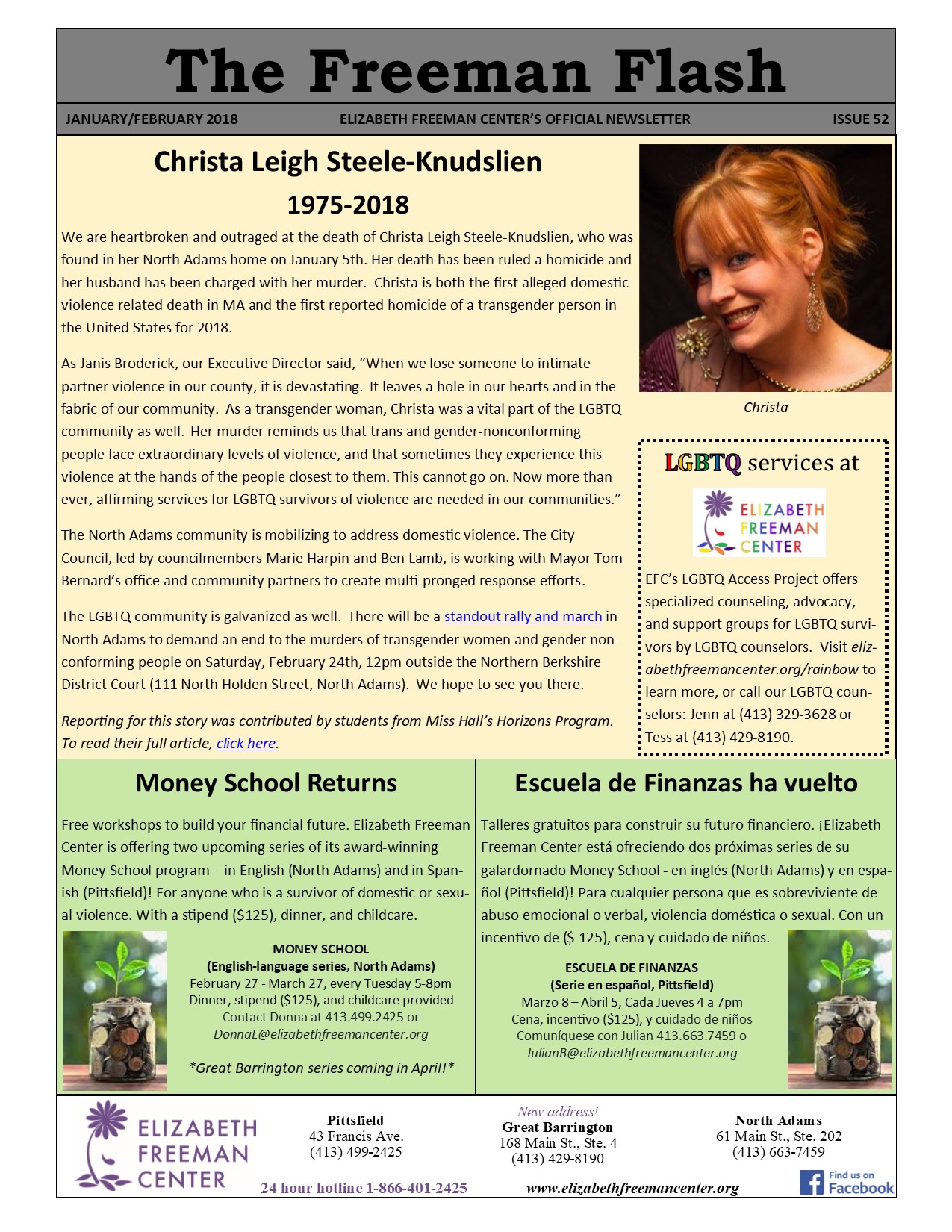 What we can learn from this moment when survivors’ stories are being widely shared, and heard? Pick up the latest Freeman Flash to learn more.  With news on: 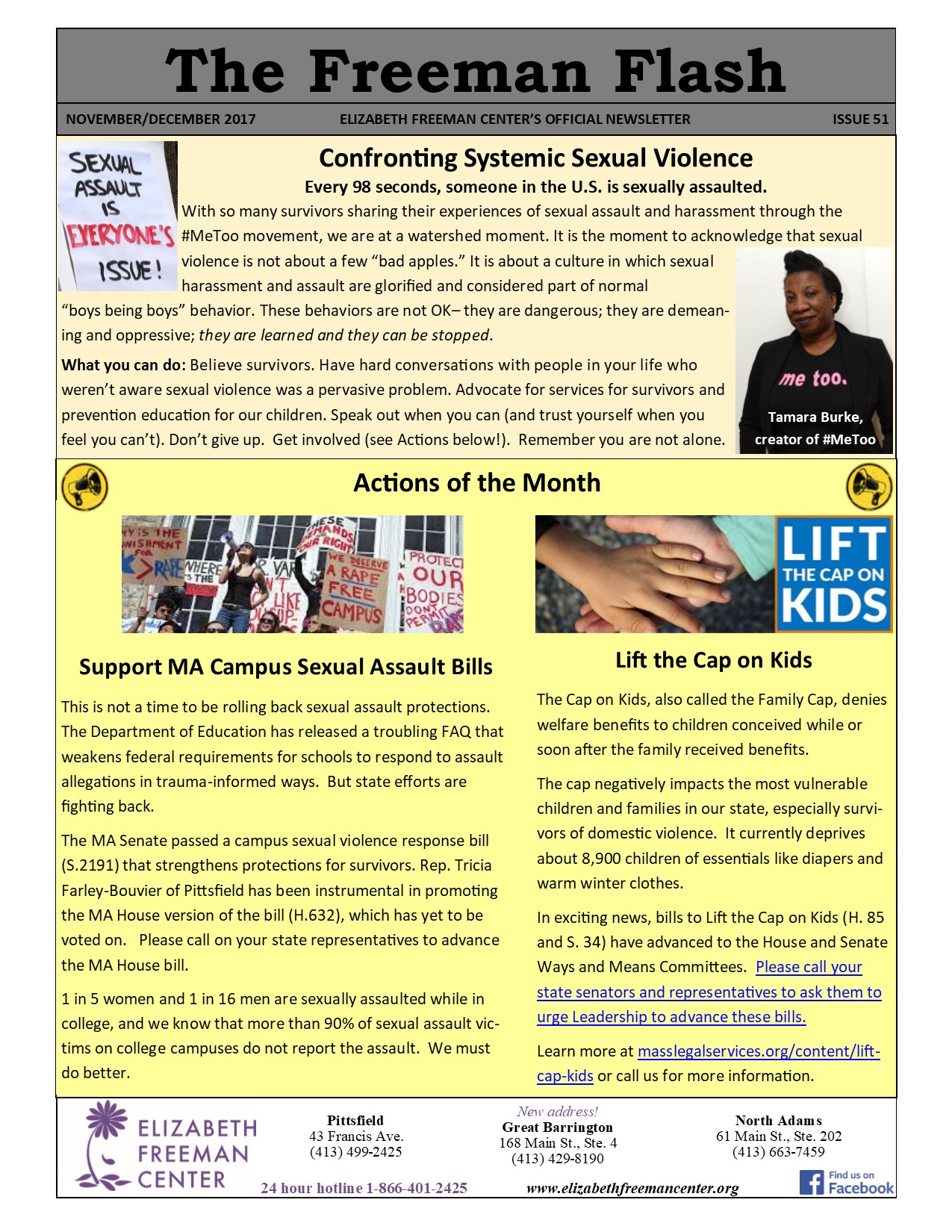